"If you want to find the secrets of the universe, think in terms of energy, frequency and vibration" ~ Nikola Tesla.

"Cymatics" is the study of visible sound and vibration. This science has intrigued me long before I knew it had a name. The more I learned about it, the more fascinating it became. In my relatively short time producing music I've become more and more in tune with the inherent power of music and sound itself. While this album isn't drastically different from my previous albums it does represent sort of an inner enlightenment which I think shines through on quite a few tracks. As usual, I've tried to include a plethora of diverse styles, sounds and influences on every track. Some are filthy, some are chilled out, some bump, while others are meant to vibe to.  Regardless of my own interpretation....check out my latest album....Cymatics. 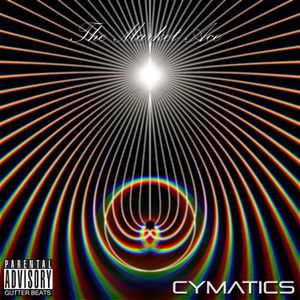